What are some solutions to computer eye strain? 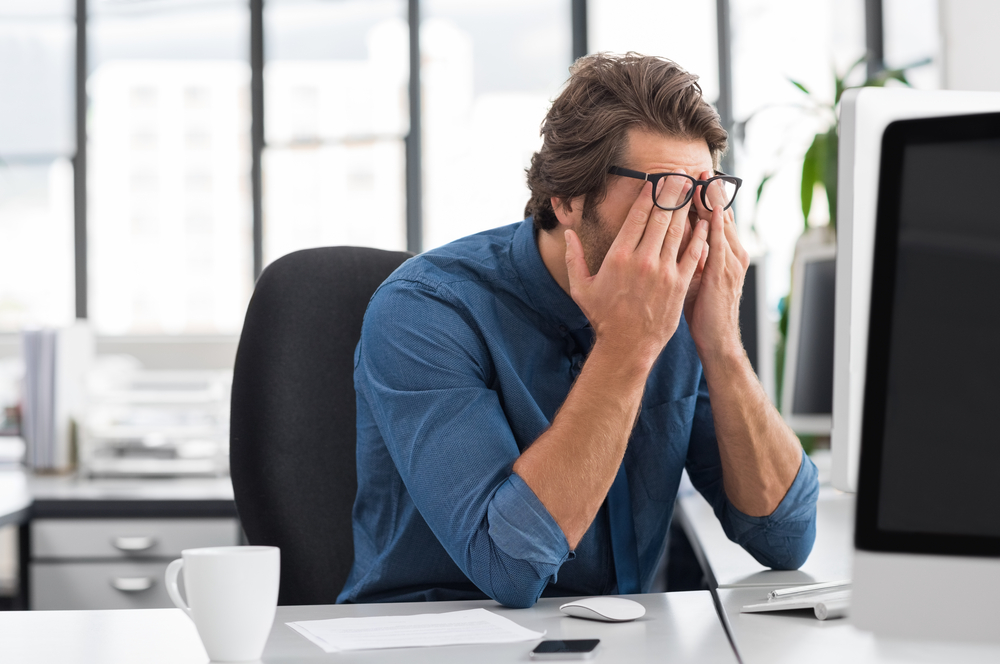 It probably comes as no surprise to learn that we spend more time looking at computers and other types of screens than ever before. In fact, studies show that the average adult consumes five times more information every day than their counterpart would have done 50 years ago, and up to around 12 hours a day are spent looking at some sort of screen. Also unsurprising is the effect that this amount of screen time is having on our eyesight.

Computer eye strain is believed to be caused by overexposure to high-energy visible light, also known as ‘blue light’ which is emitted by digital devices including computers, tablets, smartphones, and laptops. Blue light has a wavelength of 380nm to 500nm. This means that it is one of the shortest, highest-energy wavelengths that humans can actually see, and these waves penetrate deep into the eyes and create a glare which causes the symptoms we associated with computer eye strain.

The symptoms associated with computer eye strain are generally the same in people of all ages, although of course the longer you spend looking at a screen, the more severe your symptoms are likely to be. These could include:

One of the other problems associated with computer eye strain is spending too much time indoors. Exposure to natural daylight is critical for keeping eyes healthy, and in particular while they are still developing. This means that time outside rather than excessive screen time is essential for children. Studies have shown that children who spend a great deal of time indoors are more likely to develop myopia, also known as nearsightedness. This is where they can see close-by objects clearly, but struggle to see objects at a distance.

What are some solutions for computer eyestrain?

Fortunately, it is possible to avoid the symptoms associated with computer eye strain by taking some of the following steps:

The most important thing that you can do is to take regular breaks from the computer screen. Every hour, take at least five minutes to stretch your legs and look at things that are at a distance. Make a coffee, go and look out of the window or even just pop to the bathroom, whatever you can work into your schedule.

Improve the air quality of your space

Offices tend to be very dry environments, and this can exacerbate the symptoms associated with eye strain. Turn off the air-conditioning if you can, consider using a humidifier or even move your desk so that there is less dry air moving on to your face.

Many people don’t even realize that it is possible to adjust the brightness of their screens, but by turning it down, you can reduce the glare caused by the blue light and subsequently reduce the effect that has on your eyes.

If your eyes are very dry and feel stiff and difficult to move, you could add some artificial lubrication in the form of eye drops. Artificial tears will help relieve your symptoms – ask your eye doctor which they would recommend for you.

It is impossible for your eyes to be properly hydrated if your body isn’t, yet a surprising number of people don’t drink enough water during the day. This isn’t a specific fix for eye strain, but it will definitely help reduce the effects of dry eye syndrome, which is most primarily caused by excessive screen time.

If you would like more information on the problems caused by a computer screen and how to alleviate them, please don’t hesitate to get in touch with our experienced eye care professionals in the Rosedale, Auckland 0632 location who will be delighted to help.

Send Us A Message